A Transit Vision for the I-270 Corridor

The Maryland State Highway Administration is promoting a $4 billion plan to add toll lanes to I-270 between Shady Grove and Frederick. But there is a better answer. The transit vision for the I-270 corridor would provide more and better transportation, do more for economic development, and be better for the environment. It will even cost less. 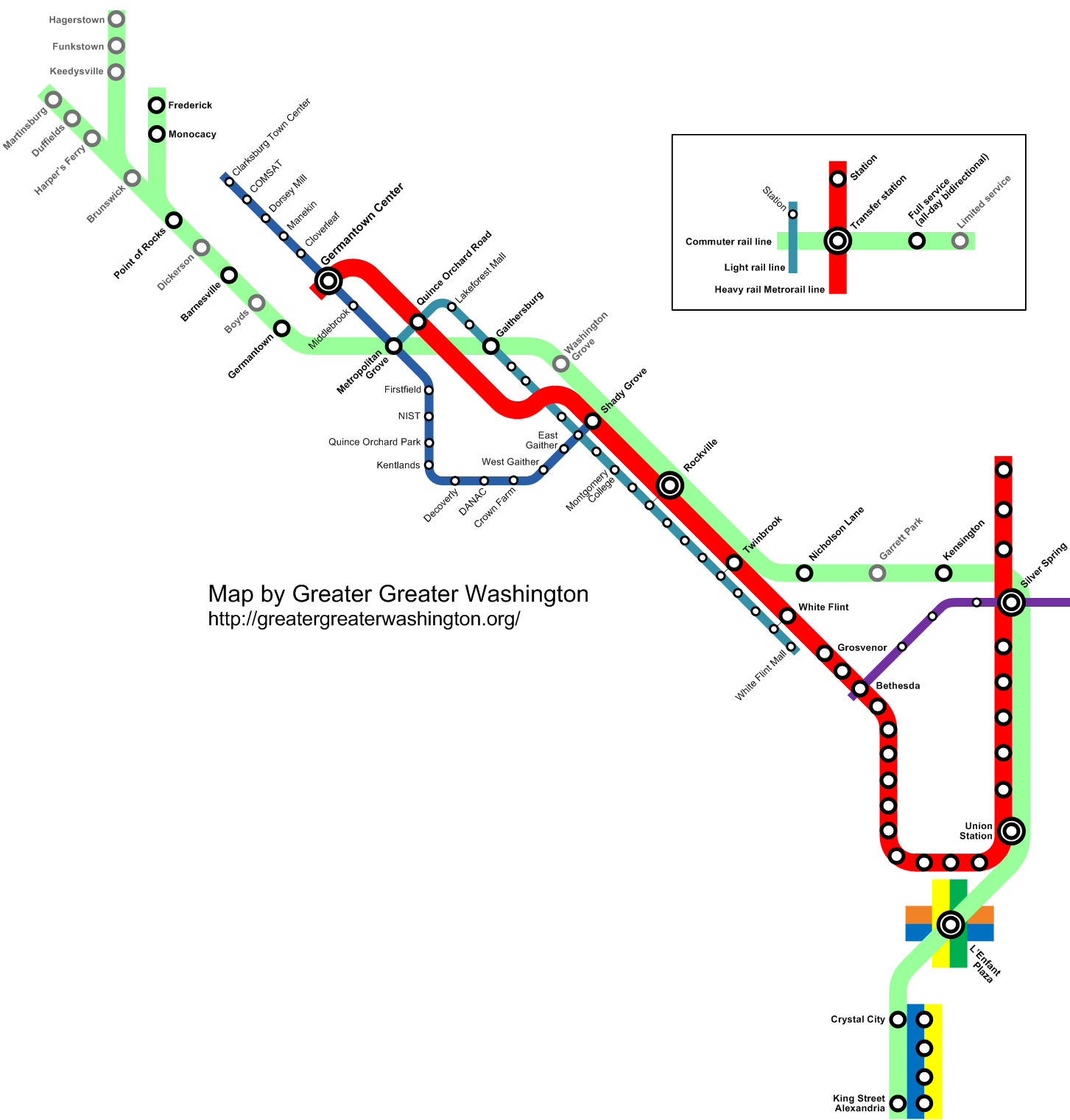 Widening the highway won't get rid of congestion, despite the enormous cost-the last time I-270 was widened, traffic was as bad as ever in less than ten years. And it won't do anything about traffic on overcrowded local roads. Investing in a transit vision will:

The Action Committee for Transit, Sierra Club, and others first called for an I-270 transit vision in 1997. For sixteen years, the State Highway Administration has studied one expensive road-widening plan after another, while refusing to analyze an all-transit solution for the corridor. Read about the years of resistance to this concept.

Ignoring the pleas of residents and elected officials, SHA continues to push for massive highway widening without considering an all-transit alternative. In November 2010, the Transportation Planning Board voted to allocate $3.4 billion to I-270 widening in the region's Constrained Long-Range Plan. The CLRP does not fund planned expansion of MARC commuter rail service, let alone the components of the all-transit alternative that have never been studied. ACT vigorously protested this move.